Darvin Kurniawan, CEO & Co-Founder of Crowdvilla, Talks About the Books that Challenged His World-View 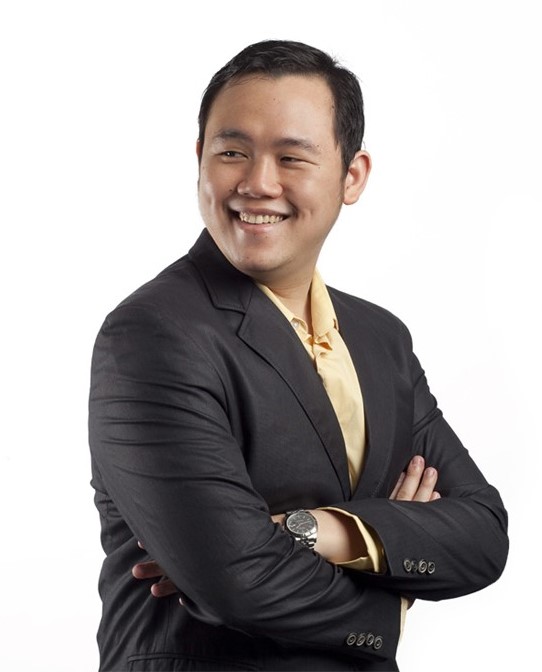 Darvin Kurniawan is an entrepreneur based in Singapore, CEO and co-founder of Crowdvilla.

Darvin’s betting on blockchain technology as a chance to change how we live as a society. He’s currently focused on building Crowdvilla, a non-profit organisation that plans to revolutionise the time-sharing model in real estate. It uses blockchain technology to create an open and transparent way of recording and using digital assets. Removing the middlemen will lead to better value given to the community.

Born in Indonesia, Darvin moved to Singapore for university, and have stayed there since.

He comes from a technical background – was trained in computer science and started working as a software engineer. Darvin then involved into project management, marketing and branding, and afterwards delved into business development in multiple industries. This allowed him to see things from various points of view, thus identifying opportunities, but also potential risks.

From our interview you’ll learn more about the books that helped him fundamentally change the way he’s creating new businesses and the ones he’d recommend to future entrepreneurs.

“La startup Lean” by Eric Ries is one of the book that fundamentally changed the way I approached creating a new business. Of course by now this might have been considered a cliche, but it is so fundamentally important that many of the newer entrepreneurs fail to think that way.

“The Black Swan” by Nassim Nicholas Taleb (and basically the others in the Incerto series like “Fooled by Randomness” and “Antifragile“) are also my favourites. It explained things that I sort of felt existed but unable to articulate. These books explained it well, about the role of chance/probability and randomness, in our lives.

“Blue Ocean Strategy” by W. Chan Kim‎ and Renée Mauborgne is another book that helps me understand about creating new market, which is inline with what a startup need (from the traditional fighting for market share, to the Blue Ocean way of creating a new market).

The Black Swan (and the other books in the series) really change the way I see the world, and how I consider success. This apply to how I see people around me, and how I consider “performance” across our colleagues. I learnt to always emphasise making good decisions rather than only the right one. It is even more important in the startup world, where we should strive in making good decisions consistently, rather than striving for only the right decision.

As an example: suppose we have a game of flip a coin, however this is a special coin where the probability of having head is 10% and the probability of having tail is 90%. Suppose someone tabled a bet for S$1 where he picked head. It is a good decision to take this bet (with 90% chance of winning) but in the end it might be a wrong decision afterall (head actually came up with 10% chance), and we lost S$1. As a company we still need to reward this people, rather than punishing him for losing S$1. Sadly this is really not the norm among corporations today.

Similar answer to no 2.

“Destined to Reign” by Joseph Prince is a religious book that made an impact on how I see the Christian faith. It is so radically different, it started to make sense.

Also maybe “The Innovators Dilemma” by Clayton M. Christensen, especially for those having a deep organisational (big company) experience before making the switch to entrepreneurship.

I almost always have a book with me, wherever I am. This way I can turn the not-so-productive time of waiting (whenever that is) to something useful.

I prefer reading an actual book rather than a digital copy.

This has to be a habit – every night, as part of the winding down phase, I’ll pick up a book to read. I also travel quite frequently, and of course those hours of flying is a good time to devour a book.

I don’t personally take notes, for some reason I am trained to make mental notes since I was younger. Along the way I learned that (through Emergenetics) there are different types of preference, and that I really don’t have “Structural” preference which is usually observed through taking notes.

I’ll share techniques related to reading though: I usually have 2-3 books that I am reading concurrently. So I usually have one book that is with me, one book near my nightstand, one book at the office. For some reason this works better for me rather than just reading and focusing on one book end to end.

I have a backlog of books on my shelf. I will pick one from this shelf whenever I need a new book to read. My book buying process is basically a never-ending, usually not planned purchase. I will buy books that “jump” at me at the bookstore and put it on my backlog shelf.

I don’t really rely on book-recommendations, although here and there good friends of mine will bring some books to my attention. I guess this also relates to the principle in randomness.

Just so happen that one of my favourite writer (Nassim Nicholas Taleb) has just released a new book called “Skin in the Game“. I’m hoping to get a better understanding on how risk acceptance leads to increased chance of success, in daily context, which is something that I can use to gauge future potential business relationships with other parties.

Links where you can follow Darvin Kurniawan or find out more about his projects:

All books mentioned by Darvin Kurniawan in this interview: