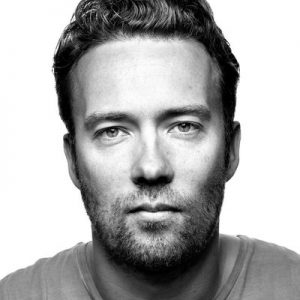 David Heinemeier Hansson (also known as DHH) is the creator of Ruby on Rails framework, CTO and co-founder of project management software Basecamp, and author of several bestselling books.

In 1999, David built a Danish online gaming news website, which he ran until 2001. He managed to attract the attention of Jason Fried, who hired him to build a web-based project management tool that became Basecamp, the project management software (formerly known as 37signals).

During the development process, Hansson used the Ruby programming language to develop a custom web framework. He released the framework separately from the project management tool in 2004, as the open source project Ruby on Rails. In 2005, David was awarded with the title “Hacker of the Year” for this project.

Fried and DHH talk about what they call “the calm company”: a different company culture that questions all the “best practices” that became the norm in today’s work environment.

Basecamp recently released a free web-based book as a follow-up to ‘Getting Real’, titled ‘Shape Up: Stop Running in Circles and Ship Work that Matters‘, where they go into details on how they work at Basecamp.

David is also a Le Mans class-winning racing driver, passionate about photography – you can see his work on Flickr, and he frequently writes on Basecamp’s blog, Signal v. Noise.

All books recommended or written by DHH:

How to Break Up with Your Phone: The 30-Day Plan to Take Back Your Life

How to Break Up with Your Phone: The 30-Day Plan to Take Back Your Life

The Examined Life: How We Lose and Find Ourselves

The Examined Life: How We Lose and Find Ourselves

The Gift of Fear : Survival Signals That Protect Us from Violence

The Gift of Fear : Survival Signals That Protect Us from Violence